Sifu Alex Chan is co-founder with partner Sifu Luigi Cuellar of Nubreed Martial Arts Academy in Whitestone, NY.
Born March 11, 1973 in Brooklyn, NY. As a child, Sifu Alex began training in Martial Arts at a young age. However, his formal training in the martial arts began with Sifu Neil Caulliffe in 1991 at the age of 18. It was at this time that Sifu Alex was introduced to Jeet Kune Do, Filipino Kali, Muay Thai and Savate French Kickboxing.

He would spend the next 26 years cultivating his skills with thousands of hours of cross training, full contact amateur competitions, demonstrations and seminars around the country. He began intensive cross training directly under legendary masters Dan Inosanto, Francis Fong, Surachai Sirisute, Erik Paulson and Salem Assli.

Despite his achievements and rankings, Sifu Alex always considers himself a student first. Always eager to workout, learn and grow in the martial way.

These days, he dedicates the majority of his time to his passion for teaching. His dedication to his students is unparalleled. He co-founded Nubreed Martial Arts Academy in 1997 as a vehicle to elevate and pass on the teachings and traditions of the Martial Arts as it was taught to him. 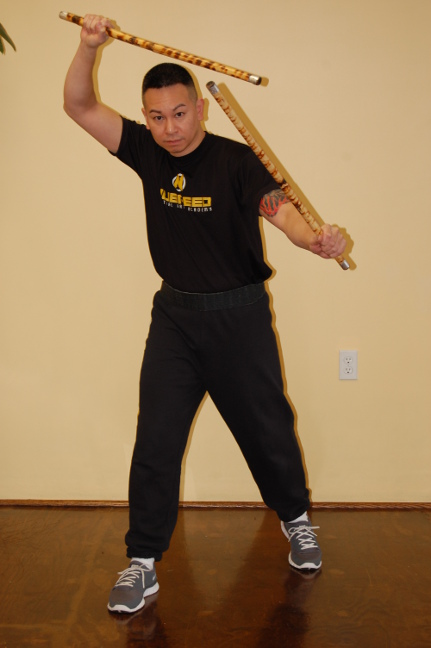 Sifu Alex is married to Sijay Jane Chan (also a Nubreed Instructor) since 1996. He is a father of 3 children. The eldest daughter holds the rank of Junior Black Belt and Adult Black Sash at Nubreed and is a graduate of SUNY Albany. Their son is currently in our Little Leaders program, and his youngest daughter will soon join the ranks in a few years! As he always says, ‘a family that trains together, stays together!’